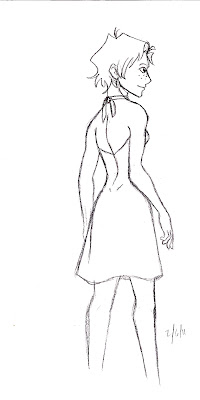 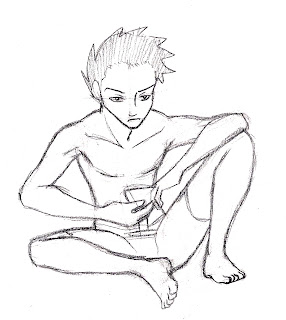 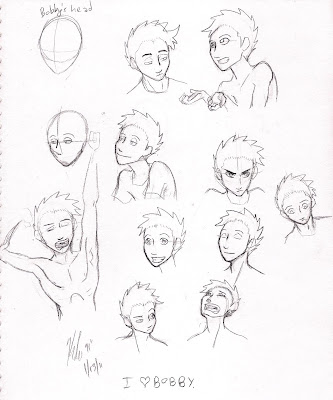 I love this character.

His name is Bobby, and I don’t want to talk about his story too much (especially since I’m currently working on his story in rough draft and intend to seriously pitch it to comic companies later). Suffice it to say, he’s a lot of fun to draw and he is a wonderful, 16-year-old ball of teenage emotion.

Not emo-ness. He’s not Harry Potter. Though Bobby certainly has his own problems which I may talk about later.

I know! I should draw him in color next! :D

I haven’t updated for a while. That’s because I got sick. I’m getting better, but it’s slow.

In the meantime, listen to this awesome song. I’ve had it on repeat for the past day and a half.

P.S. I know the annotations are annoying. There’s a little button that looks like a speech balloon on the box. Just click it to turn them off.

Ok, so since I’m a dork for reading, I was roaming the internet and found a user on conceptart.org, by the name of Seedling (this person has since stopped contributing to the site, BUT) who gives totally-not-lame practices for wannabe concept artists. (Like, oh I don’t know, myself).

One of Seedling’s practices is her first: From Life to Imagination. The goal? First draw something from sight. THEN, draw the same object with a twist. Did you draw a car? Then draw it again in a steampunk design, or underwater, or turn it into a jet airplane, or anything else you want! This applies to objects, people, and landscapes. Draw a pond? Add a sea monster! and so on.

The second practice is called Art Direction: artists are notorious for not being able to work on a team, or to work with someone who wants them to draw the same project ALL OVER AGAIN and they don’t want to do it because it ruins the original artistic idea. This game is a little wordy to explain, but I shall do my best…

First, look at the blurb she wrote. Note that there are 20 directions (like “make it creepy”, “draw it again from a different perspective”, “replace a part of it with an African element”, or other variations).

First, draw something. Anything. Then, either roll a 20 sided dice (known to us illustrious nerds as a D-20) or make slips of paper with the numbers on them and drop them into a hat. Roll the dice/draw a number without looking, and then redraw what you drew following those directions.

I hope you enjoyed this! Now go out and draw! :D

So, because @callouscomics asked me to on Twitter, and because I was working on this anyway, here’s a sample of my color skills with an Artist Trading Card I just finished: 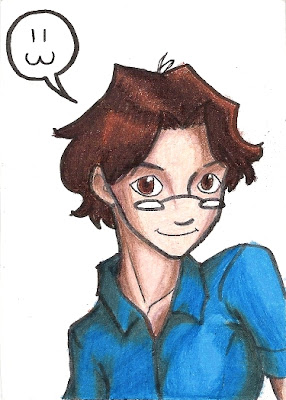 I also have another Artist Trading Card, this time in plain old ink: 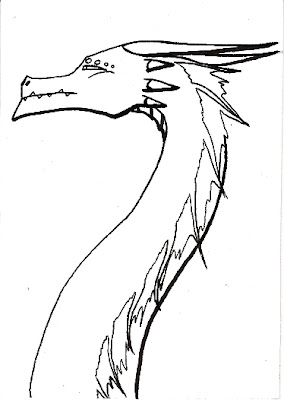 OH! And I have one more: I’m thinking of making more cards like this for Animarathon (a one-day anime convention in March) as merchandise. There would be other characters, of course, but what do you think? Let me know in the comments! 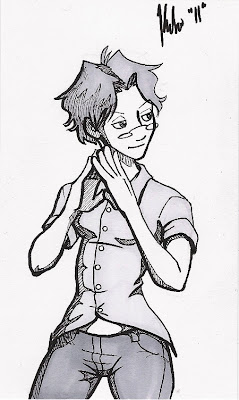 If you would like me to make an appearance at your convention, library, bookstore, or other hangout, please send an email to kelci@kelcidcrawford.com.