I finally have internet back in my apartment! It’s not the best, but it’ll do.

In the meantime, I just heard back from the editor: IF-X, the anthology I contributed art to, is now off the printer! I’m ordering my copies soon for you guys to buy! Prices will be posted soon.

Here, though, is a four-page preview of the comic I contributed to the anthology. It’s called “Brody and Lisa,” and it’s a mini-romantic-comedy about a girl who discovers her boyfriend is a werewolf, while keeping a secret of her own…

To see the pages, just click, and they’ll expand to the screen. 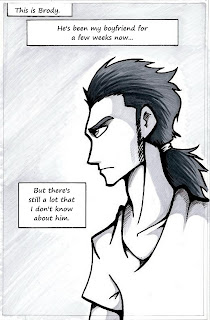 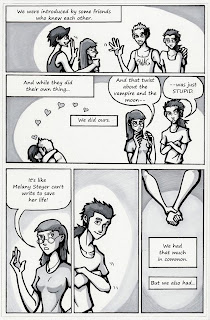 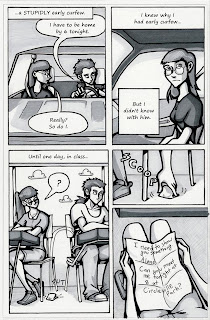 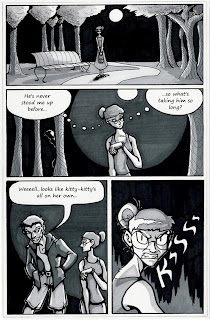 Oooh, snap! What will happen next? Well once I get the books in, you can order one yourself and find out.

I’ve also been sketching up some new characters. One of them, Auxaton, just popped in my head, inspired by a dream I had a few days ago. The other one is part of a new challenge I’m embarking on. I’m calling it my Daily Character Challenge.

Yes, there are tons of daily character challenges out there, including the official one at 30characters.com. But I’m doing this challenge for me, because:

I’m not counting Auxaton for the challenge because his character sheet took at least 3 days to do, so it doesn’t fit the Daily Sketch criterion.
Here, let me show you: 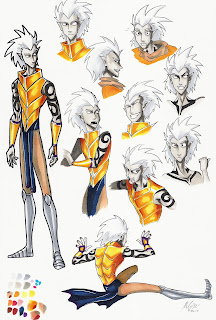 I loved drawing his “What the Hell?” face on the right hand side, towards the middle. I still get a giggle every time I look at it.
Auxaton’s mini-biography is on the deviantART page. If you’re interested, you can find it here.
Tomorrow I will share the characters I have drawn so far in the name of the Character Sketch Challenge!
In the meantime, Don’t Forget to Be Awesome!

Saw some fascist xtian bullshit in the #punkasfuck tag so to karmically balance it here's a print by the illustrious @deci.belfry.art
Finished the inks for this new page of Puzzlespell. The full thing has SO much detail yo.
Just the Tuesday stream this week - taking Saturday off. Links in my b!o for my YouTube and Twitch channels.
Here's this week's roster of streams happening, yo.
Did I show you this? I finished him last year :3
Today at 2 pm EDT, I'm doing the final touches on a new comic page for New Punk Signal! (Wow, that's a lot of "new" in that sentence.) Yes, this is the comic with the Himbos.