Skip to content
I mentioned in yesterday’s post that I’m working on entirely too many comics. One of the ones I mentioned was a second draft of a story I called “The Messengers.”
Well I would like to share some concept art of one of the characters of the story with you.
In “The Messengers,” he’s mostly an extra, but he becomes a main lead character in the graphic novel I’m planning to make as a sequel to it.
His name is Clow. 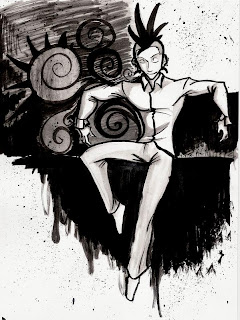 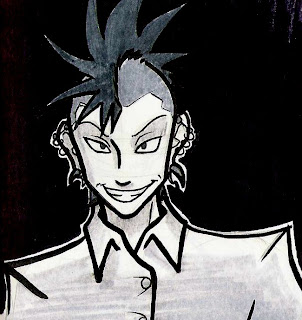 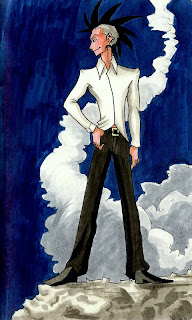 He is a Hane’Hashne, a powerful spirit akin to a god. His job is to deliver dreams to people in the worlds that he watches after. He is also a spirit of love, causing others to swoon over him or pine for the lovers that they have. He seemed to get a particular enjoyment out of that.
The surprising thing to me is that as a person, Clow is nice. He doesn’t look like a nice guy, but he is. He refuses to get rid of his mohawk or piercings, though.
The problem is I haven’t quite figured out what motivates him. That’s a problem. I find myself looking at him, thinking, “What motivates you? What keeps you moving forward? What are you chasing after, and why?”
I still haven’t quite figured out the answer yet, but when I do, the story will be easier to understand.