I’ve been in may different parts of Ohio, too. I grew up in the southeast hills by the Ohio River, went to high school in central Ohio, studied art and business in the Northwest, worked in the Northeast, and moved back Southeast. I’ve visited the southwest a few times, but no one wants to live there. 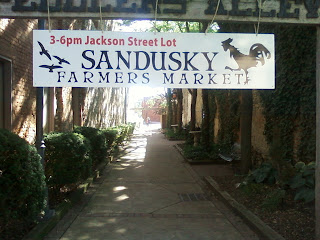 And while I grew up, I visited so many states and cities. New York, Key West, Virginia Beach, New Jersey, Milwaukee, Chicago, Cadillac Ranch, the Navajo Reservation, and so many other places that if I listed them all the blog would be too long.

Of all the places I have been to, though, Arizona was what captured me the most. The heat I could tolerate, but most of all it was the beauty of the place and the kindness of so many of the people I met when I was out there.
But the decision to move out there didn’t come immediately. I first worked my last summer at Cedar Point, then moved back to the Southeast and took up several part-time jobs because there was no other work available.
Until I went out on a limb, sent my portfolio, and got my current gig drawing comics for Validation. 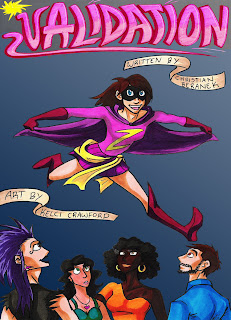 It’s all online, so I don’t have to be in Ohio to keep working on the comic.
At the same time, my older sister came up to Ohio to stay for two months while her husband did training for a new Air Force job in Mississippi. Once he was done, they were going to buy a house and get stationed in Phoenix, Arizona, which is precisely what happened.
While Kristen (my big sis) was up here, I bitched a lot about how there’s absolutely no artistic work to be found in Ohio (which is true). And we spoke about the possibility of me coming out to Phoenix once Kristen and her husband were settled.
I immediately went into fangirl mode and accepted the idea because:
However, I needed to talk to the one person that was most important to me (other than immediate members of the family)…Marc the Boyfriend.
That’s when it got trickier.
Marc is in the National Guard, currently stationed in Morgantown, West Virginia. He’s here in town with me because it was more affordable for him to stay close to home than get a place out in the city.
(Plus the commute isn’t too far: again, right now I can get in my car and drive into West Virginia in ten minutes, because we’re right next door to the state.)
Anyway, if any of you are in the military or have friends or family who are, you know this: the military does not move fast. Their work is a lot like insurance; it’s slow, inefficient, and requires entirely too much paperwork.
Which is why, when Marc put in a request to transfer to Phoenix two months ago, he STILL hasn’t heard from them today.
Kristen (who’s handled enough military paperwork shenanigans to know this) says a typical turn around time on these decisions is 3 months. So hopefully we’ll hear something soon.
But Marc is willing to move out west with me, and is REALLY excited! The only question now is if he is able.
The original plan was to move out to Phoenix between August 24th (my birthday) and September 1st.
Unfortunately, with the broken wrist I won’t be moving anytime soon. My appointment to get the cast off is at the beginning of September.
So we’ll see what happens then.
Thank you for reading and for your support! And thanks for not forgetting to be awesome.

I just finished making my first-ever knit sweater! It's a bit short in the torso but it's cozy. And it's a rainbow. I love it already.
New #comic just dropped on Ko-Fi! Download the PDF of The Legend of Azu-Mi through the l!nk in my b!o.
Here's this week's #livestream schedule!
Saw some fascist xtian bullshit in the #punkasfuck tag so to karmically balance it here's a print by the illustrious @deci.belfry.art
Finished the inks for this new page of Puzzlespell. The full thing has SO much detail yo.
Just the Tuesday stream this week - taking Saturday off. Links in my b!o for my YouTube and Twitch channels.